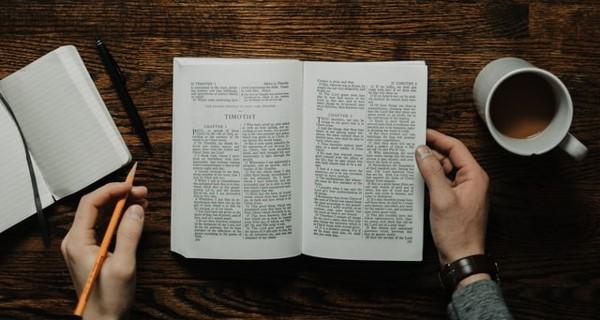 Through studying the life of an early Christian, we can see that an oft-misunderstood gift of the Holy Spirit can orient us towards God, ourselves, one another and the world in such a way that we can live a life worthy of our calling, says Brian Purfield. ‘As Pope Francis remarks, piety is not about going around with your eyes closed “to pose like a picture and pretend to be a saint.” Rather, piety is all about relationships.’

In his epic poem The Aeneid[1], Virgil describes Aeneas as ‘famous for his pietas’ and throughout he is called ‘pius Aeneas’. Pietas and pius are difficult concepts to translate into a single English word. The word ‘piety’ comes from the Latin pietas, but the Latin is a much broader concept than the English ‘piety’ and involves respect for the gods, religious observance, dutifulness, affection, love, loyalty and gratitude.

By way of contrast, ‘piety’ is sometimes used today in a negative sense. If someone is described as ‘pious’, it is rarely meant as a compliment and is often used in a dismissive sense. The Catechism of the Catholic Church, however, lists piety as one of the seven gifts of the Holy Spirit.[2] Pope Francis situates piety at the heart of our Christian life and identity, but laments that it is ‘misconstrued or treated superficially.’[3] A basic definition of piety is ‘to give filial worship to God precisely as our Father and to relate with all people as children of the same Father’[4]: piety (or a spirit of godliness) reveres God as our Father and other persons as our brothers and sisters.

One way to reflect on the gifts of the Holy Spirit is to consider them through the lens of a character in the Scriptures.[5] In reflecting on the gift of piety, we may profit from a consideration of the words of Paul to his companion and co-worker, Timothy.

What we know of Timothy’s life from the New Testament makes it sound like that of a modern harried bishop or a beleaguered leader battered from all sides. Timothy was a fellow apostle with Paul, sharing both the privilege of preaching the gospel and suffering for it by opposition and imprisonment. Timothy had a Greek father, and a Jewish mother named Eunice. Being the product of a ‘mixed’ marriage, he was considered illegitimate by the Jews. It was his grandmother, Lois, who first became Christian. Timothy was a convert of Paul around the year 47 CE and later joined him in his apostolic work. During the fifteen years he worked with Paul, Timothy became one of his most faithful and trusted friends. He helped Paul write some of his letters and was sent on several difficult missions by Paul, visiting other churches and solving disputes. He was with Paul in Rome during the latter’s house arrest and at some point was himself in prison (Heb 2:32).

For some reason, in Ephesus, Timothy forgot his role, what he was supposed to be about, and Paul had to remind him. Timothy had been filled not with a spirit of timidity, writes Paul, but with a spirit of power and love and self-control (2 Tim 1:7) when he had been designated to lead the Church at Ephesus. It is holy piety or reverence which Paul wants Timothy to put into action so that he can be a leader. As Pope Francis remarks, piety is not about going around with your eyes closed ‘to pose like a picture and pretend to be a saint.’[7] It is really not about how you look on the outside. Rather, piety is all about relationships. Piety gives us the power to live our lives in a right relationship with God, who is the Father of all, and in a right relationship with all others, with the world, and with ourselves. What was Timothy facing and what do we face which requires this great gift of the Spirit?

The challenge of piety today

Firstly, as Pope Francis reminds us, the gift of piety indicates our belonging to and our profound relationship with God. It is a bond that gives meaning to our life and helps us live in a right relationship with God, even during difficult times such as the Covid-19 pandemic. Many of us received our faith from our parents or grandparents and from our teachers, just as Timothy learned from his mother, from the Scriptures and from Paul himself. That faith teaches us that God is our Father, and the gift of piety stirs in us above all gratitude and praise. This is the reason and the most authentic meaning of our worship and our adoration. Pope Francis observes:

When the Holy Spirit allows us to perceive the presence of the Lord and his love for us, it warms the heart and moves us quite naturally to prayer and celebration. Piety… is synonymous with the genuine religious spirit, with filial trust in God, with that capacity to pray to him with the love and simplicity that belongs to those who are humble of heart.[8]

How has lockdown affected your relationship with God or your way of prayer? What do you think or hope the Church will look like post-Covid?

Secondly, the gift of piety helps us live in a right relationship with the world. Timothy had to confront opponents who were teaching that the world was evil. We believe, as did Timothy, in a good God who created and redeemed this good world. Therefore, we who have this gift of piety know how to respect the world as created by God. The world is not there to be destroyed by us, to be misused by us, to be our plaything. Rather, we are but stewards and God, our Father, has placed the care of his universe into our hands. We are all tempted at times to distort the responsibility we have been given by God and to re-create the world in our own images. Pope Francis reminds us in Laudato si’:

…we must forcefully reject the notion that our being created in God’s image and given dominion over the earth justifies absolute domination over other creatures.[9]

As the pandemic has shown most clearly, what affects one part of the world does indeed affect us all. As we move forward out of lockdown, the relational gift of piety can help us to live in this world as God-given and not our creation.

Thirdly, if the gift of piety makes us grow in relation to and in communion with God, it helps us at the same time to pass this love on to others and to recognise them as our brothers and sisters. Timothy was timid and did not know how to exercise authority in Ephesus. Paul had to remind him to speak the truth, to keep his eyes on God, to live with a pure heart, and to be gentle and kind. Pope Francis urges us to be ‘moved by feelings of piety – not pietism! – in relation to those around us and to those whom we encounter every day.’[10] The gift of piety means to be able to rejoice with those who rejoice, to weep with those who weep, to be close to those who are lonely or in anguish, to correct those in error, to console the afflicted, to welcome and help those in need.

The experience of lockdown and social distancing, while difficult for so many, has also brought forth numerous examples of selfless love and sacrifice and been a reminder of a simple truth: that if God is Father of us all, then we are all brothers and sisters. To quote Laudato si’ again:

Around community actions, relationships develop or are recovered and a new social fabric emerges. Thus, a community can break out of the indifference induced by consumerism. These actions cultivate a shared identity, with a story which can be remembered and handed on. In this way, the world, and the quality of life of the poorest, are cared for, with a sense of solidarity which is at the same time aware that we live in a common home which God has entrusted to us. These community actions, when they express self-giving love, can also become intense spiritual experiences.[11]

Finally, the gift of piety helps us to live rightly in relationship to ourselves. Paul told Timothy to train himself in piety (1 Tim 4:7). He also reminded Timothy that all who desire to live a pious or reverent life in Christ Jesus will be persecuted (2 Tim 3:12). The gift of piety in the Holy Spirit gives us the strength to live as Christians, to fight the good fight, and to live a life worthy of our calling as followers of Christ. We need this gift just as Timothy did. We may think we too are frail, young or timid. We may be apprehensive about the future. Paul would tell us, as he told Timothy, to take courage and live the life of piety you have received in the Holy Spirit.

Pope Francis concludes his catechesis on the gift of piety with a further reminder from Paul: ‘For all who are led by the Spirit of God are children of God. For you did not receive a spirit of slavery to fall back into fear, but you have received a spirit of adoption’, from which, ‘we cry, “Abba! Father!”’ (Rm 8:14-15). This leads Pope Francis to prayer as we face the challenge to live a life reconciled with God, one another and creation:

Let us ask the Lord for the gift of his Spirit to conquer our fear, our uncertainty, and our restless, impatient spirit, and to make of us joyful witnesses of God and of his love, by worshipping the Lord in truth and in service to our neighbour with gentleness and with a smile, which the Holy Spirit always gives us in joy. May the Holy Spirit grant to all of us this gift of piety.[12]

[2] Catechism of the Catholic Church, 2nd ed. (Vatican: Libreria Editrice Vaticana, 2012), §1831. The gifts of the Holy Spirit are listed in Isaiah 11:1-3. However, piety is not listed here. In the Hebrew text, ‘fear of the Lord’ is mentioned twice and in the Greek text ‘spirit of godliness’ is used for the first of those. Christian tradition has followed the Greek text in considering the ‘spirit of godliness’ as distinct from ‘fear of the Lord’ and has called this the gift of piety.

[5] I am indebted to Bishop Earl Boyea of the Diocese of Lancing, Michigan for this insight. See www.dioceseoflansing.org/news/watch-day-6-bishop-boyea-gifts-holy-spirit-piety (accessed 25/3/2021).