Fr James Conway has recently returned to the UK from Guyana where he spent five years working in the remote interior with indigenous peoples. For much of his time he was based at St Ignatius parish in Lethem near the border with Brazil.

“As the time came for me to leave Guyana I had been travelling for six months in the mountains and had already said many farewells to different groups. By the time I got back to St Ignatius I thought the people might have forgotten about me, so I was surprised at the warmth of people’s feelings and the very thoughtful preparations they had made to give me a memorable send-off”, Fr Jim remembers.

After a farewell mass in a packed church, there followed a concert in which many of the young people performed music, singing and dancing, with many colourful costumes in evidence. A feast of specially prepared food was brought along to be shared.

“You never have a gathering in Guyana without people generously sharing food,” Fr Jim observed, “I was really touched that they had made such an effort to produce special delicacies, one family had even prepared a turtle soup. I will really miss their simplicity, their beautiful smiles, and perhaps most of all their resilience – by which I mean their ability to just get on things”.

Fr Jim made his final vows last week and is now beginning his new ministry as vocations promoter based in London. 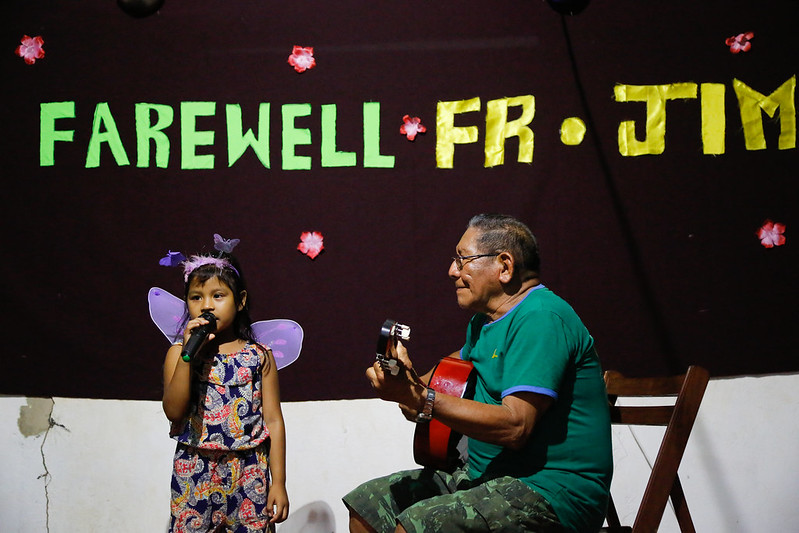