Please pray for Philip Harrison SJ who was ordained to the diaconate on Saturday 25th November by Bishop Juan Vicente Córdoba Villota SJ, in the Iglesia de San Ignacio, Bogota Columbia, along with five other Jesuit scholastics from Mexico, Columbia, Brazil and Argentina-Uraguay.

In his homily, the Bishop reminded those being ordained that the deaconate, which means service, would continue for rest of their lives because a priest is called always to serve. He concluded his homily with the words of St Ignatius taken from the Spiritual Exercises, that in the ordained ministry they might love and serve in all things.

Philip was accompanied on the day by Fr Nicholas King SJ, Assistant for Formation for the Jesuits in Britain.  Fr King concelebrated and helped Philip into his deacon's vestments during the "vesting part of the ceremony".  Philip's brother and sister had travelled out to Bogota for the occasion, and many of the communities with which he had worked during his time in Colombia were also present to witness the occasion. "I would like to thank the province for all its prayers and encouragement.” said Philip after the ceremony, “It feels like an enormous privilege to have been called to ordained ministry and I return to Britain with great hope for our mission.”

Philip Harrison joined the novitiate in Birmingham in 2007, having already completed a degree in English at Leeds, and becoming very involved in chaplaincy life there. After graduating Phil spent several years volunteering with marginalised people including a year in a Jesuit volunteer community in Liverpool.  During this time he discerned his vocation and joined the Jesuits.  As a novice one of his experiments was a pilgrimage retracing the footsteps of the northern saints from York to Iona via Lindesfarne.

After taking his first vows he studied Philosophy at Heythrop College and then did a teaching qualification at the University of Edinburgh.  For the last two years he has been studying Theology at the Pontifical Xavierian University in Bogota Colombia.

Philip will serve six months as a deacon in London, based at the Hurtado Jesuit community in Wappping, before being ordained to the priesthood along with Kensy Joseph SJ, on 30th June 2018 in London.

Browse the Jesuits in Colombia's photo gallery below. 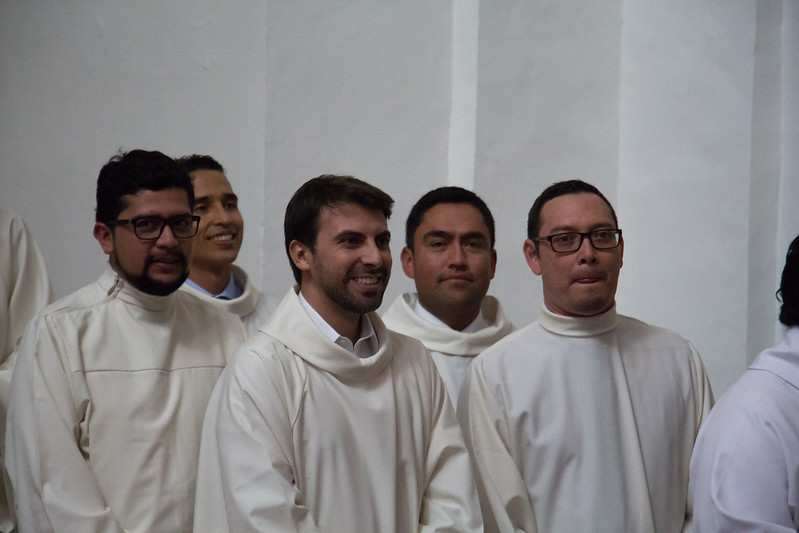