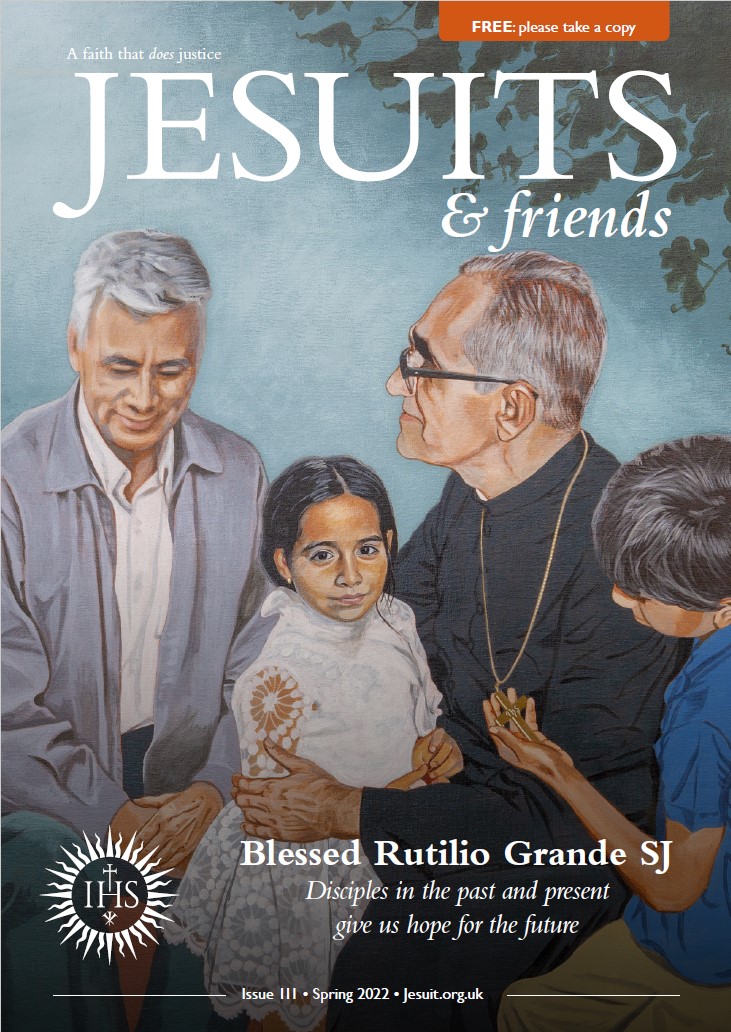 In this issue of Jesuits and Friends…

04 Julian Filochowski celebrates the beatification of Rutilio Grande SJ and his companions.

08 Through his chaplaincy work, Kensy Joseph SJ has witnessed a decline in young people's mental health.

10 In your twenties or thirties and looking for 'more'? Alex Harrod invites you to St Beuno's?

11 Jacques St Laurent describes his journey to and through Jesuit life.

16 Nick Hanrahan is filled with the joy of family life.

17 Come and see the Living Stones of Farm Street church.

18 Sixth-formers at St Ignatius, Enfield had their eyes opened at their sleep-out, writes Dewnith Perera.

19 Daisy Srblin thanks the Jesuit Fund for Social Justice for supporting Million Minutes.

20 The accommodation at Napier barracks isn't exactly a home away from home, says William Neal.

22 Jesuit Missions tell us how their partners in South Sudan are looking to the future.

24 We should talk about the crisis for refugees, says Sophie Cartwright.